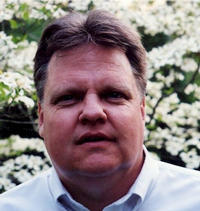 I’ve been writing mysteries since 1993.  My first published short story, My Late Aunt Hattie, was an 800 word short-short that combined elements of comedy, mystery, and the supernatural.  It was published in Alfred Hitchcock’s Mystery Magazine and went on to be included in The Haunted Hour anthology.

I am the Agatha Award nominated and New York Times Bestselling author of over three dozen novels published with Penguin, St. Martin’s, and Kensington, 10 of which have been IMBA National Bestsellers.

I am also the author of over 80 short stories.  I’ve been nominated three times for the Derringer Award for Excellence in short mystery fiction, and I’ve had stories included in the Mystery Writers of America Anthology A Hot and Sultry Night for Crime, as well as Murder Most Crafty, and The Haunted House.